Madeira is a fortified wine which comes in four distinct styles, each delicious in different ways. Generally the style depends on which grape is used; Sercial grapes produce the driest style, Malmsey or Malvasia grapes the richest style, and Bual, and Verdelho medium-rich and medium-dry. The four distinct styles are each complex in their individual ways, and all appeal to different tastes. This gift set is a tasting pack of Blandy’s Madeira, made up of one 10-year-old quarter bottle of each style of their Madeira’s – from driest to richest, Sercial, Verdelho, Bual and Malmsey. 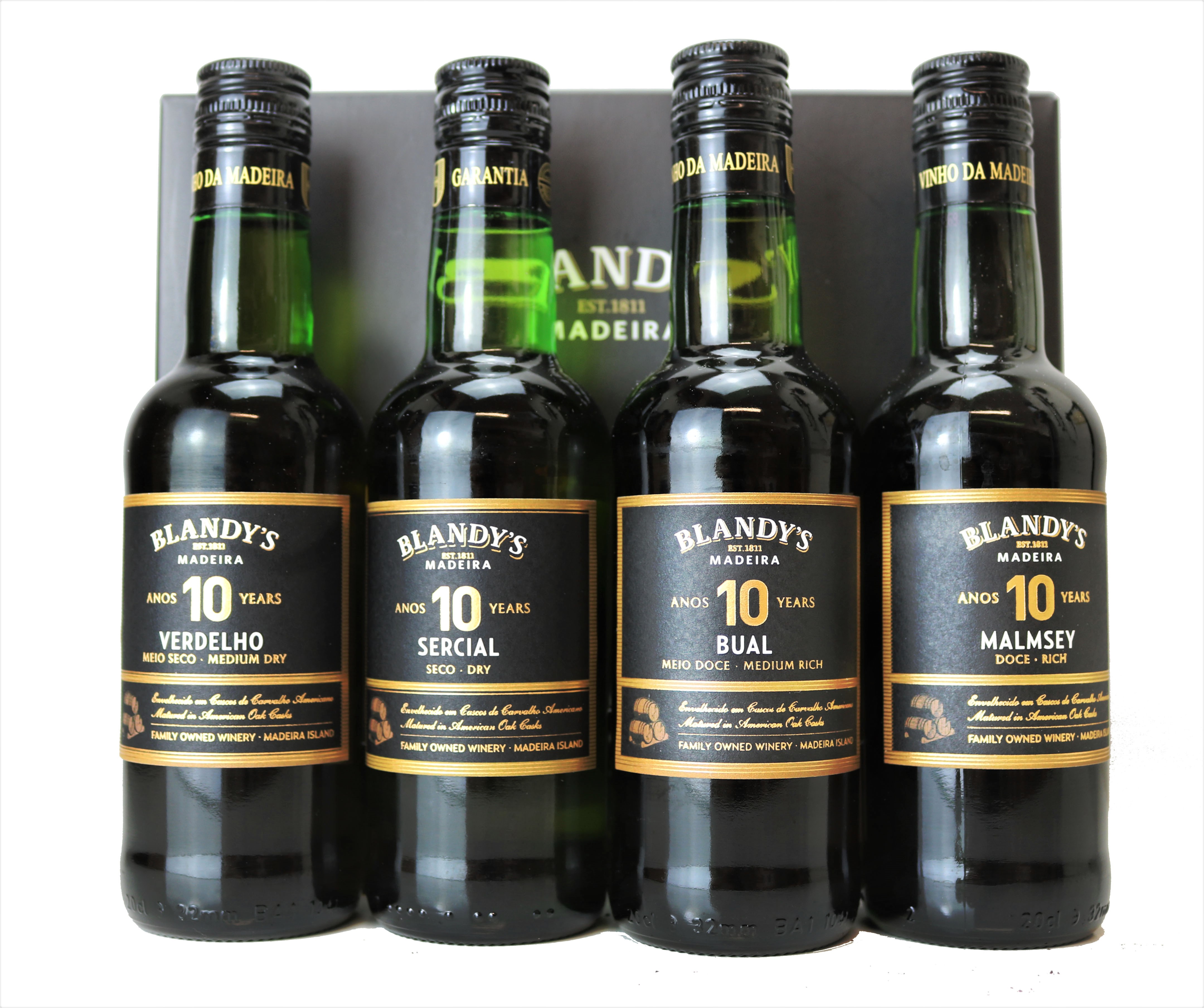 Unfortunately, after the Russian Revolution (where it was seen as a ‘bourgeois’ drink and banned) and Prohibition in America, Russia and America having been until then the two biggest markets for Madeira, this unique wine began to fade from the limelight and is underappreciated today. But Madeira deserves more attention than it gets – it is unique in that it can age (almost) indefinitely. Ageing a bottle of it to the point that it lost its taste would take centuries, so examples of Madeiras 300 years old can still be bought today and make for an incredible experience.

This tasting pack offers up the perfect chance to try all four styles of the wine, from the only producer to have remained in the same family since its creation, Blandy’s. If the dry style is not to your tastes, the rich will be – and many of us prefer to find the balance somewhere in the middle. If you want to expand your horizons and give Madeira a try, or know somebody who would appreciate the opportunity, you can find the Blandy's Madeira Tasting Pack here! Or, to read more about the history of Madeira itself as a style and of the industry, you can have a look at our blog post ‘What Is Madeira?’. 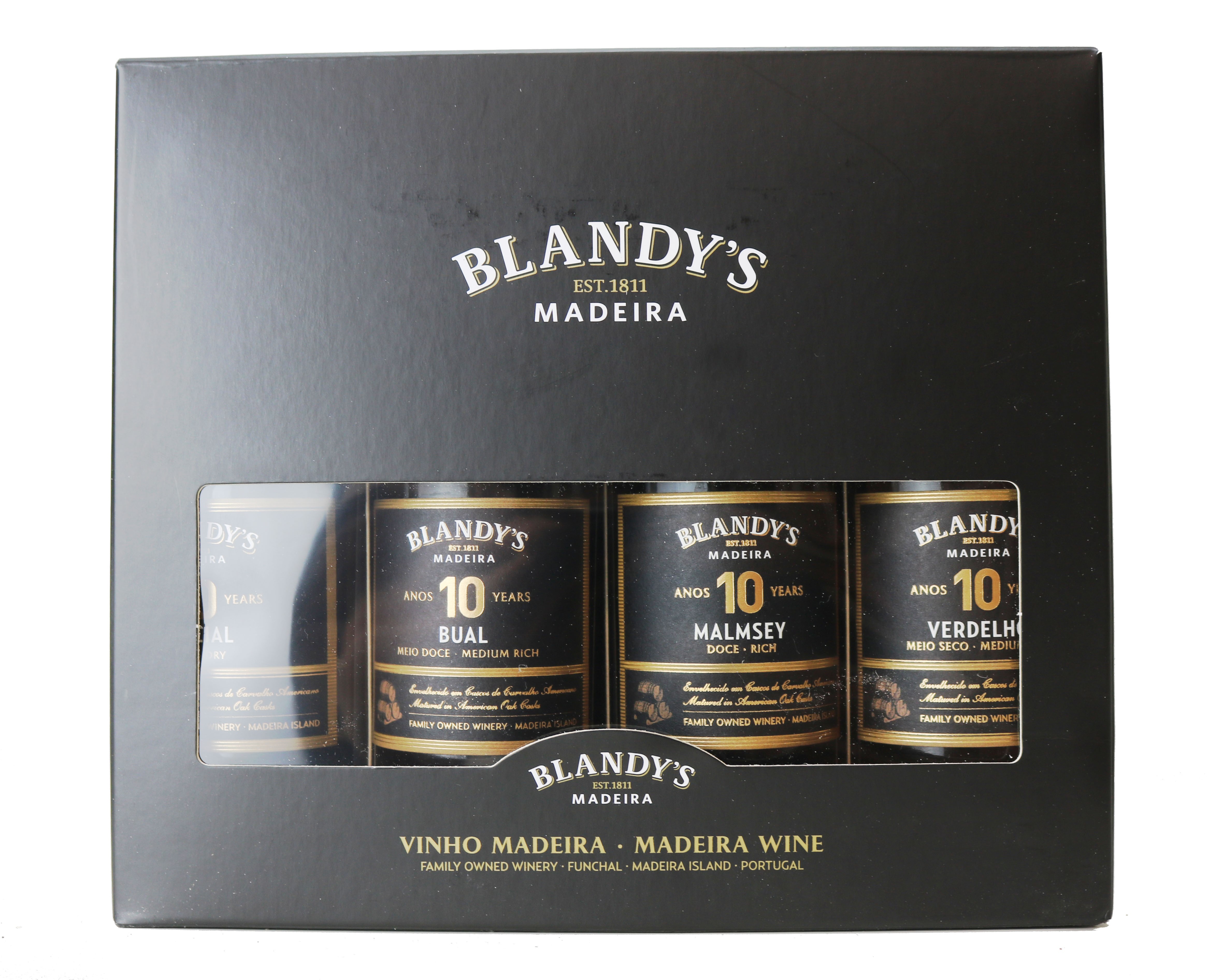