1997 was one of the great port vintages of the decade and marked a general declaration of vintage. The vintage is characterised by full-bodied wines that will be at their best now, but will remain at their peak for at least another 20 or 30 years if stored with care. A 1997 Vintage Port would make a great 24 year old wine gift for a birthday or anniversary celebration this year.

Cockburn’s Vintage Ports are made both by foot treading in traditional open lagars, and in modern temperature controlled fermenters. Cockburn’s historically has declared vintages less often than other houses, selecting only those years that fit their more elegant style.

Wine Makers Notes 1997 was an excellent year in the Douro Valley. The harvest was one of the longest in living memory: at the far eastern extremities of the Upper Douro, picking began before the end of August and continued until the second week of October.

Press Quotes "Wine of the Week - A classic. Enjoy now or put away for another decade. …
more >>>

Deep inky ruby with a broad red rim just turning to brick at the edge. Generous and seductive nose redolent of blackcurrant and cherry. Dense, luscious black fruit laced with dark chocolate, liquorice and roasted coffee. Exotic herbal and resiny scents emerge an hour after decanting. Later the fruit becomes more luscious and creamier, with rich raspberry jam flavours overlaying the dark fruity base. The full round palate is supported by thick well-integrated tannins and delivers an abundance of luscious chocolate and blackcurrant flavour which lingers into the long velvety finish. …
more >>> 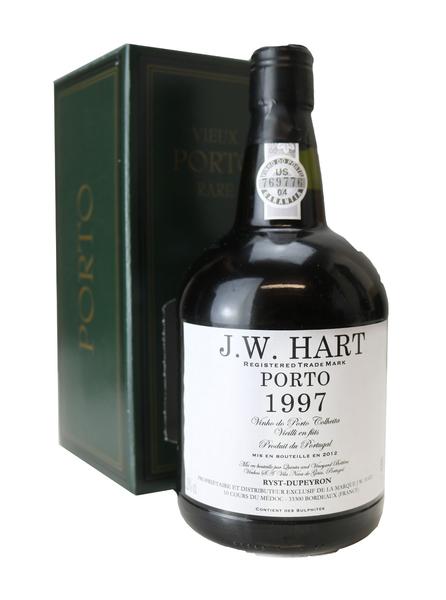 A classy Port, full-bodied and brimming with fruit flavour and silky, fine tannins that kick in on the finish. A subtle wine that takes you by surprise.

Tasting notes: Good aromas and flavours of pepper, raisin and ripe fruit in this young vintage Port. Medium-bodied, medium-sweet, with a fresh aftertaste.

Martinez Gassiot goes almost unnoticed in the Vintage Port circles, but the house often makes outstanding Ports that equal on better those of its sister house, Cockburn's Smithes.

Production of Martinez Vintage Port is limited, with only about 3,000 cases made in a declaration. Martinez include only one single quinta called Eira Velha, located west of Pinhão Valley, Eira Velha encompasses about 120 acres. …
more >>>

Established in 1680, Quarles Harris became a subsidiary of Warre in 18th century. Since then, Quarles Harris has continued making good Ports under the Symington's ownership. Peter Symington, has a simple saying to remember about Quarles Harris: "Unless they are good we don't bottle them, having ensured that tradition and expertise is passed from generation to generation thus maintaining the excellent reputation of Quarles Harris.

An elegant, dense purple-colored offering, this 1997 offers up sweet aromas of melted licorice intermixed with blackberries, black raspberries, and cassis. Soft, precocious, and pure, this medium-bodied, suave, graceful port should be approachable in 4-5 years and last until 2040. …
more >>>

La Rosa is a vertically integrated Quinta rising to 450 metres above sea level, boasting many hidden micro climates within its cirtilage. Where possible we vintage and mature these small 'lotes' separately in order to achieve the maximum complexity in the finished ports, which would not have been possible from a less diversely planted property. 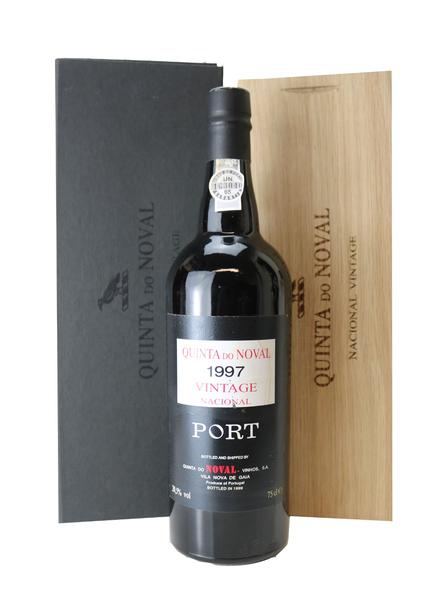 Quinta do Noval is a much-venerated name in the Douro Valley and Nacional is undoubtedly one of the most legendary fortified wines in the world. It is produced from a small area at the heart of the Quinta do Noval vineyard planted with ungrafted vines that have remained untouched by Phylloxera and has an average production of between 250 and 275 cases. 1997 was widely considered to be an exceptional vintage for Ports of fabulous harmony and incredible structure.

1997 was the follow-up to the sublime 1994 and somewhat incredibly managed to ascend to even greater heights. A benchmark Nacional that will bring several decades of drinking pleasure. …
more >>>

Robert Parker: 93/100 "A small quinta owned by Quinta do Noval, the 1997 Silval is a splendid effort as well as a sleeper of the vintage. This full-bodied, saturated purple-colored wine displays abundant quantities of chocolate, licorice, and coffee bean notes intertwined with black berry and cassis fruit. Massive in the mouth, with sweet tannin and stunning concentration, this knock-out 1997 should drink well in 3-4 years, and last for two decades or more. Very impressive!"
James Suckling: [Wine Spectator] 91/100 "Impressive berry, violet and grape skin aromas. Full-bodied, with a solid core of silky tannins and a long, caressing finish. …
more >>>

"The 1997 is an elegant Port, though having some good depth. Its tannins were melted and some secondary flavours were already starting to show, the fruit was chaging from ripe plums to candied figs. It is reaching its 2nd plateau of maturity.
Passadouro is an early drinker but this 1997 is one of the good port wines they made in the 90's.
more >>>

A glass at Ramos Pinto, this was initially a little closed, particularly compared to the 1982 vintage alongside it. After some patient swirling prune and dried raspberry fruit emerges, with spice and tobacco. The palate is very smooth; sweet and chocolatey in the house style. It also has something rather savoury and mineral about it, with plenty of tannin. The overall feel is still quite young, just entering its drinking window, with a lot to recommend it as a port for the future. DF Review for Vivino, 2020
more >>>

"Plum and blackberry on the nose, with hints of dried violets. Wet earth. Full-bodied, medium-sweet, very chewy and rich. Long and caressing. Very layered and structured. Much better than I remember. Impressive."
James Suckling , Wine Spectator 2007

Very dark red almost black colour. The nose give a lot of intensity, jammy red bursts with red plum aromas. The palate is full, intense, rich, sweet with a lot of soft tannins and a good balance between sweetness and alcohol. Very lingering finish, robust and sweet.